Cuisines of the world in Manila

The gastronomic scene in Metro Manila is booming at an overwhelmingly fast rate. It seems there is a new must-try restaurant opening every month in every city, giving residents in the capital a wide array of choices to explore. You can try dishes from neighboring Asian countries to far away Europe without having to leave the urban jungle you call home. 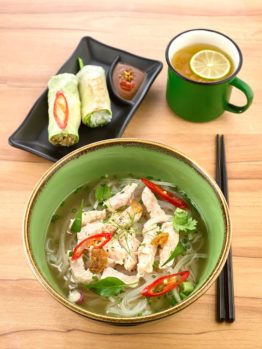 Chef Nam Quoc Nguyen, who had to flee Saigon in 1979 as a seven-year-old boy, opened his first noodle bar in Singapore in 2012 where at least 700 bowls are served every day. Aside from the traditional chicken or beef pho, Annam offers noodle soup with wagyu beef slices or oxtail and beef balls, all garnished with fresh herbs and spring onions and topped with chili slices for an added kick. 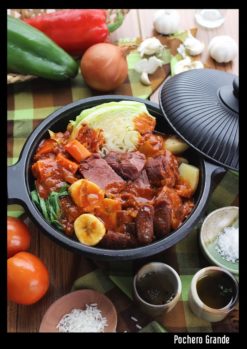 Arroz Ecija’s Pochero Grande, a dish that was served at the Albufera de Velez in the 1900s, is plenty enough to share.

Arroz Ecija (Arya Residences, Taguig) offers a taste of the hacienda life in Nueva Ecija where the grandfather of restaurateur Andrew Masigan set up the Albufera de Veléz in the earlyn 1900s. For starters, there’s the chorizo sampler – a combination of Vigan, Tuguegarao, batutay, and betamax (blood) longganisa; chicharon Mexico with guacamole dip; Huevos Rotos made of crisped potato strips topped with ground chorizo and fried egg; and hinornong Mejillones or baked mussels. 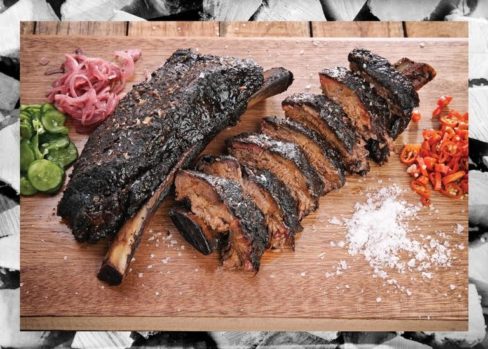 The best way to eat Mighty Quinn;s brontasaurus ribs, which are slow-cooked for 10 hours, is to dig in with your hands.

Pit master Hugh Mangum brings his famous New York-based barbecue to Manila with Mighty Quinn (SM Megamall), inviting Filipinos to enjoy smoked meat served assembly style, lining up as you would do in a cafeteria. The meat can be ordered in single serving or by the pound, and comes with sandwich or with dirty rice (Mangum’s dirty rice uses a secret ingredient: calamansi, which he tasted only when he came to Manila), with an option to order side dishes. The menu is uncomplicated: brisket, burnt ends, pulled pork, sausage, spare ribs, Brontosaurus rib (a truly enormous slab that fetches for P1,450), and spicy chicken wings. 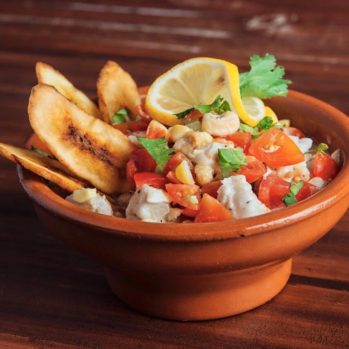 Fancy some South American dishes? Then head to Bonifacio Global City for Naxional. “We want the menu to be South American home-cooked dishes, which we think Filipino diners would love to try. Family cooking takes time, so you have to put effort of these dishes,” says Chef Cynthia Patos, the Venezuelan host and winner of Lifestyle Network’s “The Clash.” Some dishes, such as the pão de quiejo or freshly baked mozzarella cheese bread from Brazil, are made from scratch and take at least two days to prepare. Naxional offers a respectable array of South and Central American dishes. 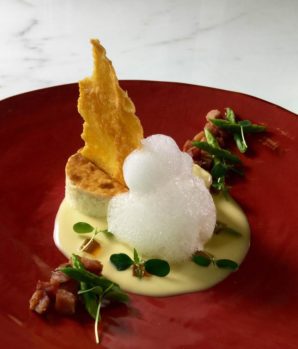 At the 16th floor of luxury hotel Discovery Primea Makati, Executive Chef Luis Chikiamco prepares a continental fusion of Asian and Western cuisine for Flame. For starters, the restaurant offers, among others, quezo de bola with glazed ham and asparagus; soft-shelled crab tempura with Saigon herb salad and spicy Remoulade – a French invention that is usually made with aioli or mayonnaise; and the house-smoked duck breast, which is served with pickled Portobello mushrooms, petite greens and Madeira wine balsamic vinaigrette. 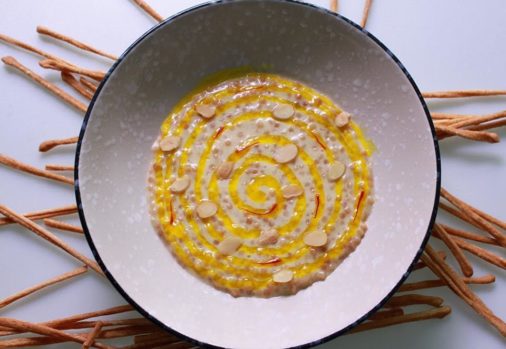 Famous Michelin-starred chef Davide Oldani brings his philosophy of making luxury gastronomy affordable with his FOO’D restaurant at the five-star Shangri-La at The Fort. His D’O restaurant in his hometown of Cornaredo, near Milan, has been described by the Wall Street Journal as “Italy’s most elusive reservation,” with bookings of up to eight months in advance. His Manila restaurant offers three and four-course menus. 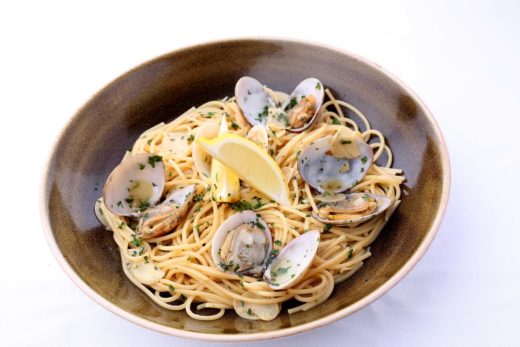 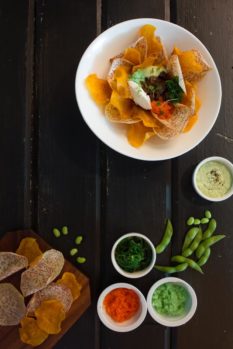 If you are looking for something out of the ordinary, try Grind Bistro’s Nutty Black Chicken covered in squid ink batter, an original concept of Steven Carl, who has served as executive chef and food and beverage director of an international hotel for more than two decades before settling down in the Philippines six years ago. As Grind is an American diner on the upscale side, its 300-gram USDA prime New York steak costs P2,050, while its 400-gram house-aged rib eye will set a guest off at P2,400. 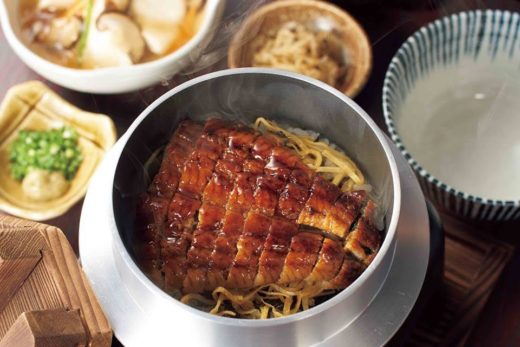 Yayoi’s hitsumabushi – grilled eel over rice served with a side of dashi broth, served Nagoya-style.

The widely-famous Japanese restaurant Yayoi has reached the Philippines with its branch at SM Megamall, making it part of a 450-plus-strong franchise worldwide. It offers teishoku dining which is based on the ichijū-sansai (or ‘one soup, three sides’) traditional meals offered at Zen temples, which include a main dish, soup, rice, and pickles. Among Yayoi’s bestsellers are the namban teishoku (fried chicken steak in sweet and sour sauce topper with the restaurant’s own tartar sauce); mix toji teishoku (breaded pork loin, friend shrimp, and sukiyaki beef simmered in special sauce and egg); saba shio teishoku (salt-grilled mackerel); sukiyaki teishoku (beef hot-pot with assorted vegetables served with udon noodles); and hitsumabushi (grilled eel over rice served with a side of dashi broth, Nagoya-style). 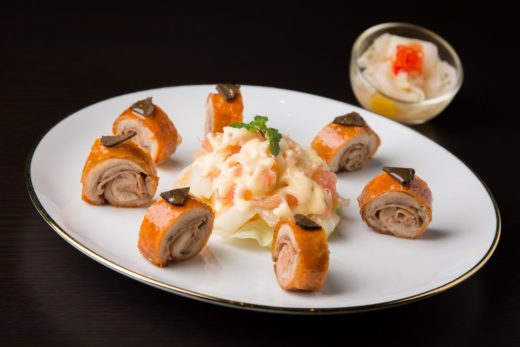 Aside from traditional Chinese dim sum, Crystal Dragon (Crown Towers, City of Dreams Manila) offers a wide range of sumptuous dishes. These include the roasted chicken roll filled with foie gras and wild mushrooms; seafood clay pot consisting of braised sea cucumber and baby abalone with bean curd; roasted Peking duck, which can be ordered whole and done two ways – the slices of crispy skin with just the right amount of fat and a thin layer of meat are wrapped in rice paper and lathered with hoisin sauce while the remaining meat is shredded and cooked with rice vermicelli; and wok-fried Boston lobster tails with salt and pepper and stewed chicken with wine sauce..