A global money transfer processing company said on June 3 that ‘restrictions’ in Hong Kong have made it difficult for Filipino domestic workers to send remittances to loved ones abroad.

“The nannies from the Philippines, they continue to work in Hong Kong, but due to restrictions, they have not been able to go out and do transactions ,” Alberto Guerra, CEO of Uniteller Financial Services said.

Noel Cristal, Uniteller Philippine president concurred, adding that while domestic workers largely continue to be employed in the special administrative region, what impeded their sending of remittances are the said “restrictions.”

While neither Guerra nor Cristal specified what these are, foreign domestic workers – over 212,000 of whom are Filipinos – have been asked by the Labour Department not to go out on their day off since Jan.30 following the emergence of cases of the novel coronavirus disease (COVID-19). Chief executive Carrie Lam said this is part of the city’s social distancing measures.

The Labour Department reiterated its appeal in March and also reminded domestic workers later in the month that public gatherings of more than four people are not allowed. The Hong Kong government has since relaxed this, however, and allowed gatherings by not more than eight people in May.

Hong Kong has 1,094 cases of COVID-19 infection and 4 deaths as of June 2. Over 20 Filipinos – a mix of domestic workers and musicians – have tested positive for the virus, most of whom have already recovered.

Cristal said that aside from the said COVID-19-related restrictions,  what “stemmed” their remittances was also the political unrest which has rocked Hong Kong since June last year. Protests have been held against the extradition bill, which Lam scuttled in September.

The bill would have allowed the transfer of criminal suspects to jurisdictions or territories which Hong Kong does not have an extradition treaty with, such as mainland China.

Guerro said these have only resulted into “short-term” impacts, however and Cristal said they can still see “positive results.”

Guerro also agreed with the positive forecast of the Philippine central bank about inbound remittances amid the pandemic. “I think it is possible,” he said, adding that the World Bank prediction that remittances will shrink by 20 percent globally this year may not necessarily apply to the Philippines.

The Philippines is highly dependent on remittances, as it constitutes 10 percent of the gross domestic product. 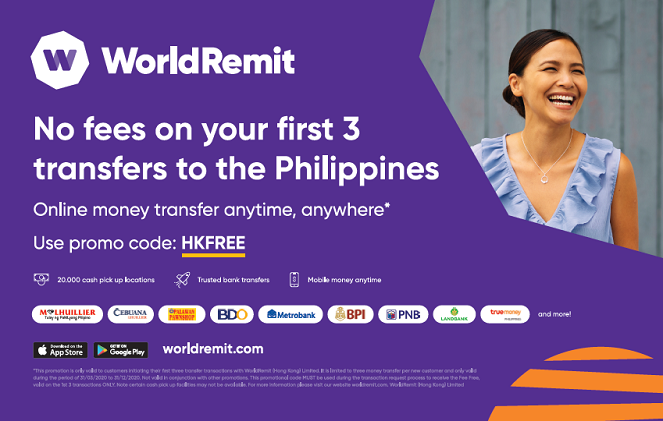