Five of the six local cases were residents of Meadowlands housing estate in Yuen Long where a couple was earlier confirmed to have Covid-19. A Health Department staffer said all five were related to the 29-year-old woman who tested positive yesterday.

Another Covid-19 case was found in Oi Fai House in Tuen Mun, where health autho...

Five Filipinas were sentenced to jail on Thursday after they admitted to stealing food and beverage items in various grocery stores across North Point several times between January to February this year.

All but Figueroa were accused of stealing 32 packs of chocolate from DS Groceries in Wing Wah Building along Electric Road on Feb. 8....

Cases of ill-treatment and violence against migrant domestic workers increased in 2020, aggravating other subpar working conditions due to the pandemic, a report from an overseas workers’ support group showed.

The 2020 Service Report of the Mission for Migrant Workers showed it provided assistance to 11,285 migrants in 2020, more than double the number of workers seeking help in 2019.

Mission General Manager Cynthia Abdon-Tellez said in a statement the pandemic has been “most unkind” to ...

A couple from Yuen Long were confirmed to have Covid-19 on Thursday, health authorities said, sending over 50 of their close contacts to quarantine.

The two were residents of Meadowlands in Hung Shui Kiu and were among the six Covid-19 infections the Centre for Health Protection confirmed.

Five of the over 10 preliminarily positive cases are linked to a 29-year-old woman whose infection was untraceable. Her husband is the other local transmission confirmed.

The woman works a...

All arrivals from the Philippines will likely still undergo 21-day hotel quarantine after the Hong Kong government released on Thursday new quarantine arrangements for people coming to Hong Kong from outside China.

The government said it will monitor the Covid-19 situation across the globe, but it listed down countries expected to be classified as “extremely high-risk” or “very high-risk” once the arrangements are gazetted in late April or early May.

The scheme will categorise countrie...

Civil Service Secretary Patrick Nip, who oversees the mass inoculation program, said this will allow another 1.08 million people in Hong Kong to get the shots.

Free, voluntary vaccination is currently available for those aged 30 and above.

Nip reminded that the Comirnaty vaccine developed by BioNTech is available for those aged...

aaaThe Hong Kong government imposed stricter conditions for banning inbound flights carrying passengers with Covid-19 in its bid to curb the importation of new coronavirus variants. Starting Wednesday, all flights to Hong Kong from a specific country will be banned if five or more passengers in any departing trips from that country within seven days test positive upon arrival for an N501Y variant. Existing protocols will also be tightened: an airline’s passenger flights will be barred from landing in Hong Kong for 14 days if three or mo...

The Centre for Health Protection said eight of the 10 imported cases carry a coronavirus variant of concern.

Five of them took Emirates flight EK384 on Apr. 11. Four of them came from Pakistan and another hailed from India.

Employer to pursue labour counterclaim vs. FDW acquitted of theft

A high-profile employer who falsely accused her former Filipina domestic worker of theft said on Monday she will push through with her counterclaim against her helper before the Labour Tribunal.

Chua Eh-fong told Tribunal Presiding Officer W. U. Pun that she was willing to settle arrears of wages and the food and travel allowance of the claimant, Liverty Narcelles. Chua earlier accused Narcelles of stealing a HK$100,000 ring, but she was acquitted of the charge in late January due to lack of evidence. 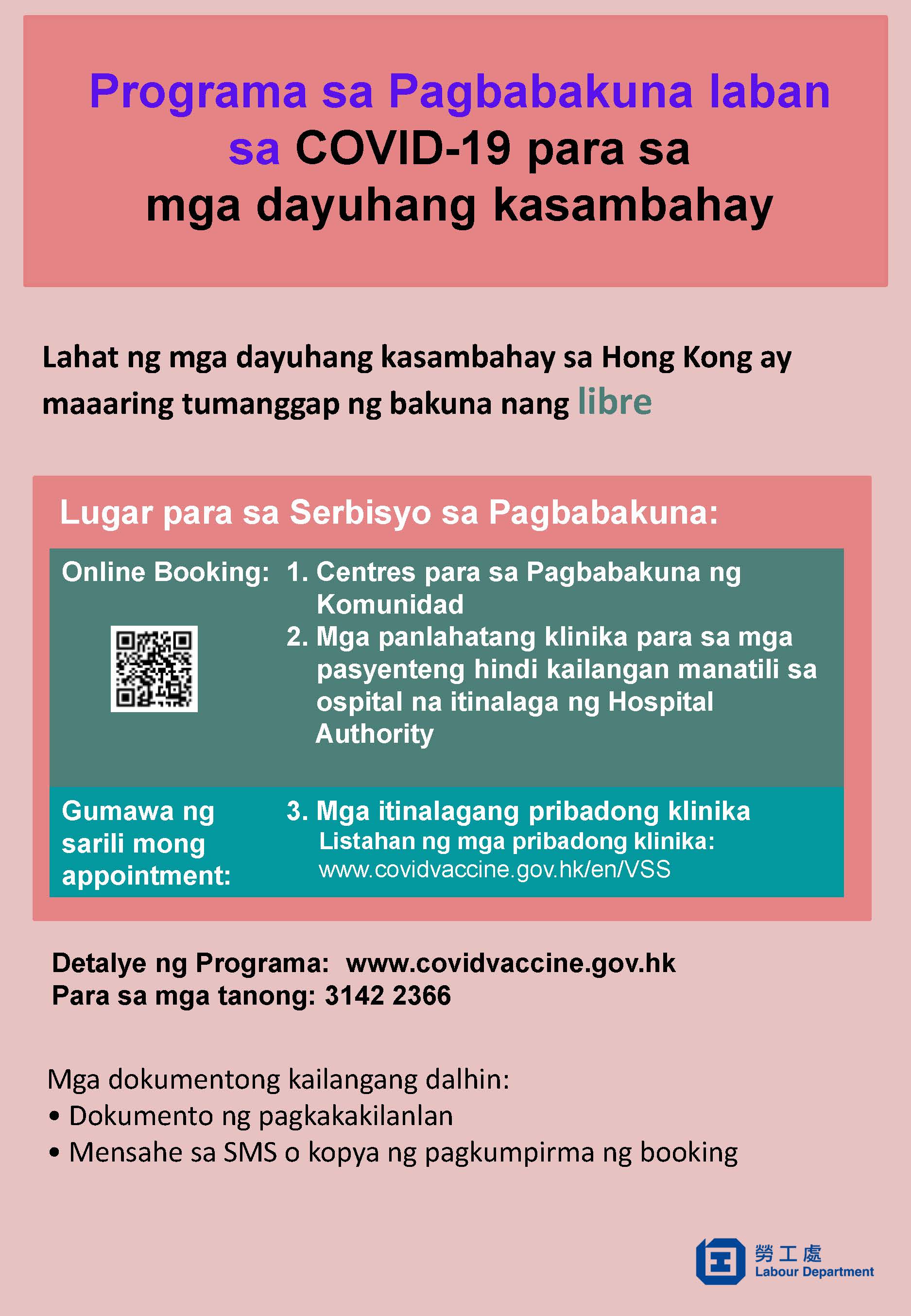