Early bird voters: OFW queues at the Bayanihan Center a day before the start of the poll and more

Baneng Mendez, the first OFW who cast her vote in OAV in HK

Mendez arrived at the Bayanihan Center at 55 Victoria Road, Kennedy Road on the 9th of April, a day before the actual voting day on the 10th of April. Wearing a pink tee-shirt, the petite Filipino domestic worker was at the front gate of the venue of the building of the voting precincts.

She said that this year would be the third time that she will be the 1st voter in Hong Kong. Particularly in today’s election, Mendez explained that she wanted that her vote in Hong Kong, the first one, would mark to make changes in the Philippine government system with her choice of the candidates for President, Vice President, some senatorial candidates, and one party list. 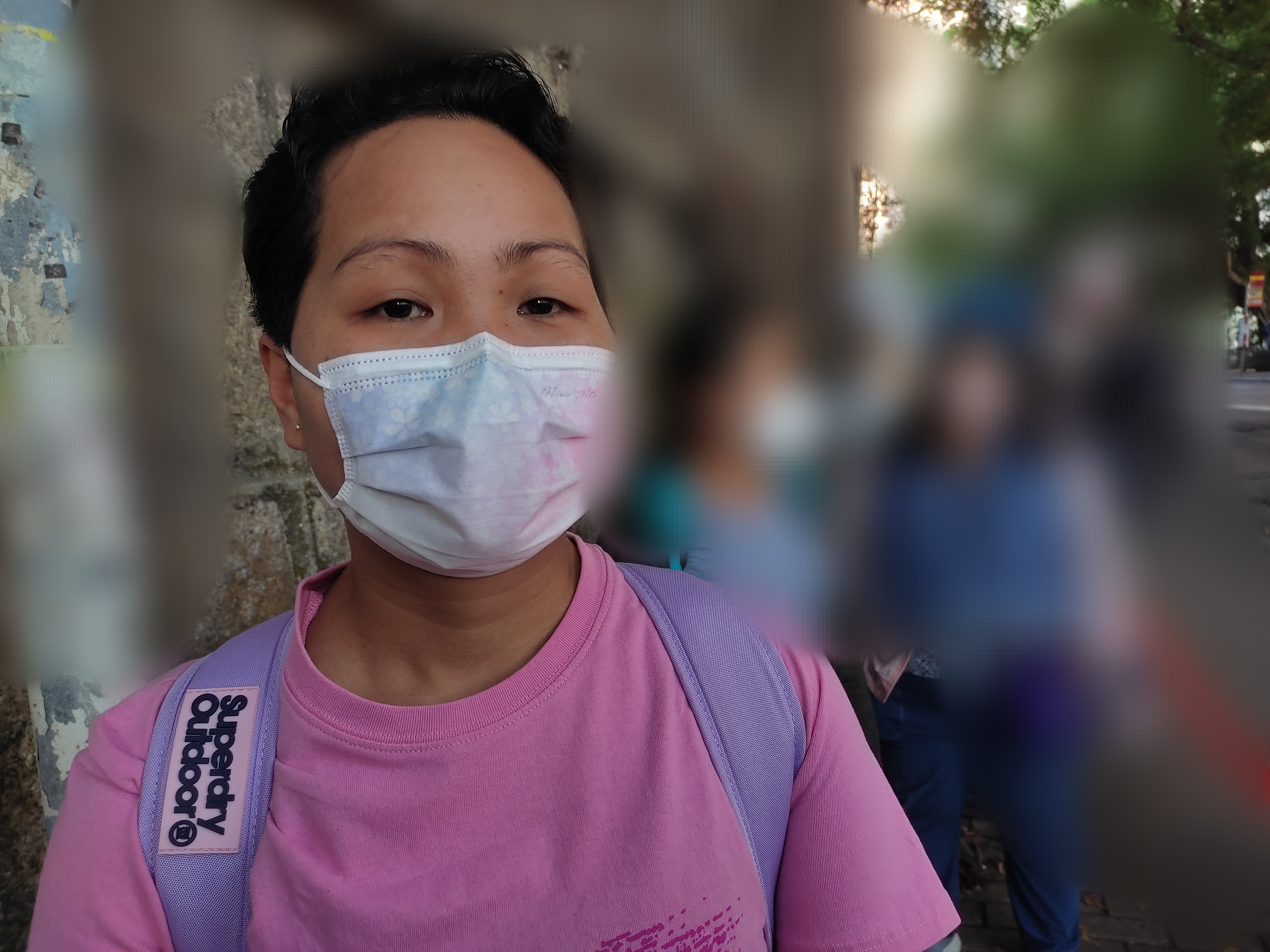 Every year some people were asking her why she was doing it (to be the first voter), so, she explained that she made it a  vow to herself that she will always be the first voter in overseas voting in Hong Kong for the future of the Filipino people. As a domestic worker working in Hong Kong for 18 years, she knew the limitation of her schedule but fortunately her employer was supportive after explaining her purpose which her employer agreed and supported.

The next voter was the Philippine Consul General in Hong Kong Raly Tejada. Wearing a formal suit, ConGen Tejada silently observed the precinct and at one time before he cast his vote he took out some unused paper hanging on the walls of the precinct. 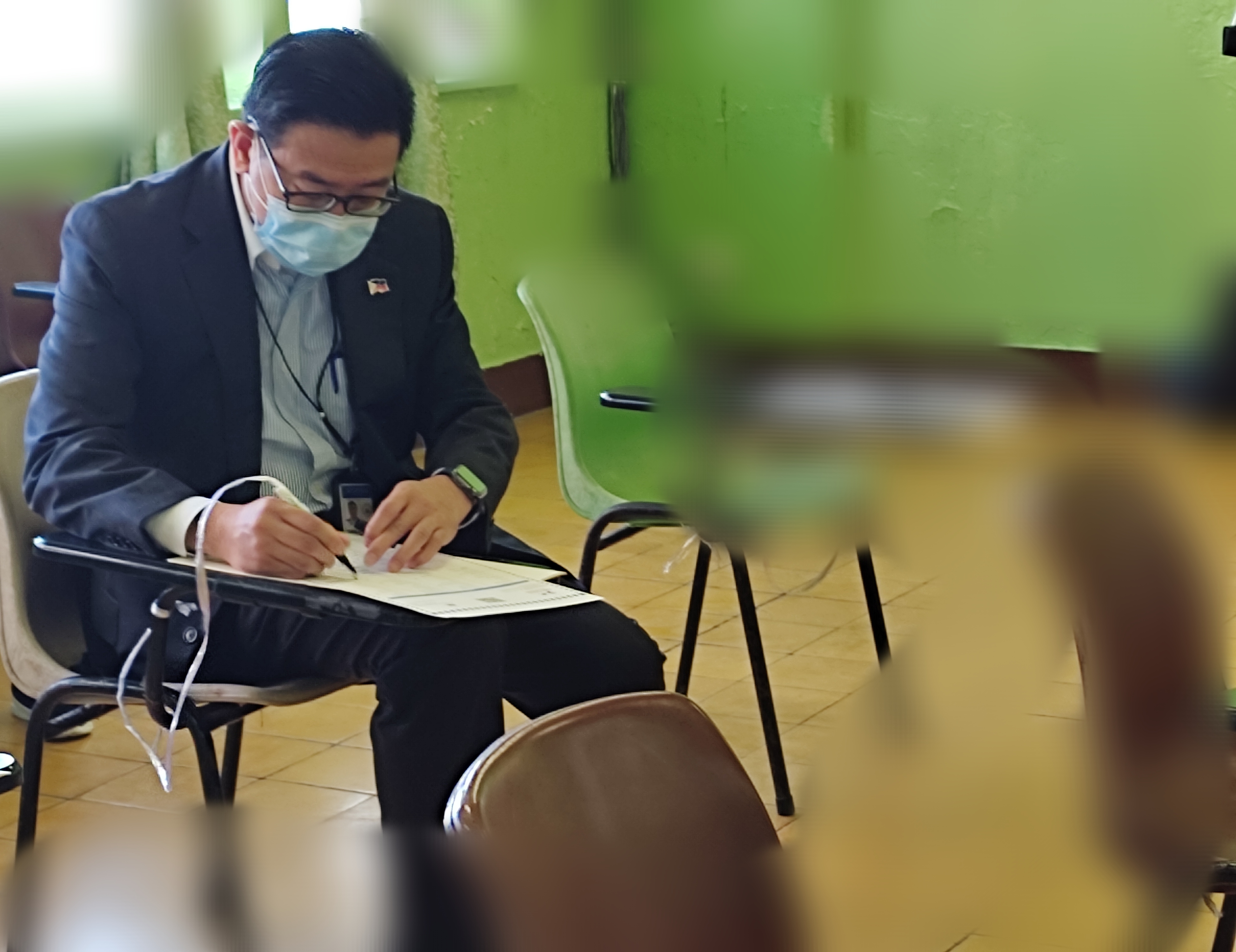 When it was time for him to cast, he silently sit on the chair and prepared the ballot and the pen. Even far from ConGen, he showed his seriousness in reading the list on the ballot choosing his candidates and at some point, he checked and counted his selected candidates.

When he checked the printed results of his elected candidates, he was happy to announce “tama!” and gave the thumbs-up sign. 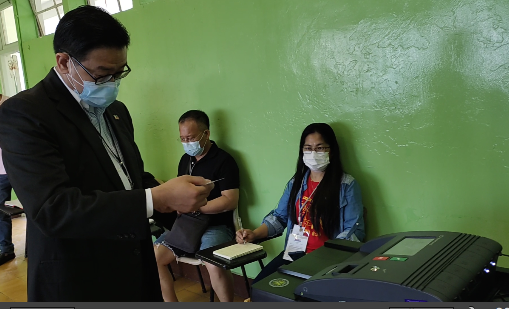 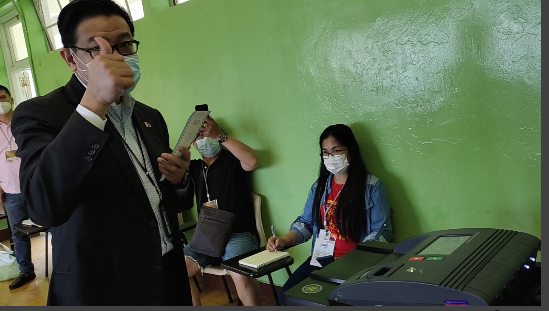 Outside the room of the precinct, three senior citizens were waiting to cast their votes. Working in Hong Kong for years as domestic workers they said they were at the Bayanihan Center as early as 7:00 am to be first on the line. They were happy to introduce their provinces in the Philippines printed on their shirts. 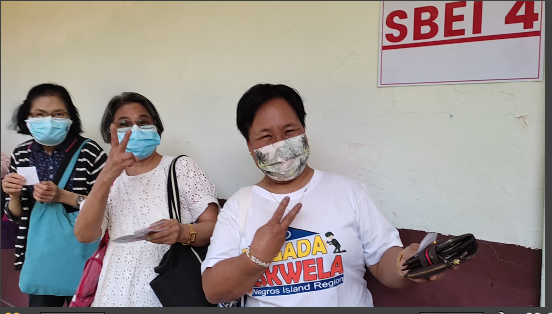 At their age, working six days a week doing domestic chores, they walked up the stiff stairs going the 4th floor of the building in a one-day-commitment to cast their chosen leaders.

The overseas voting in Hong Kong started on 10 April and garnered 3,250 number Filipinos who cast their votes.