Domestic helper with lung cancer wary about going back to PH

Maylyn Lachica Mauricio returned to Hong Kong in January this year in from Batac, Ilocos Norte so she can continue providing for her 16-year-old son and 14-year-old daughter.

But she did not expect to suddenly be diagnosed with cancer—not just one kind, but two, as doctors pointed out to her.

[Translation: As I’ve observed, people only get one kind of cancer. Why do I have two?]

Mauricio was not planning to return to work as a domestic helper as she already broke her contract last year. But because she had signed a new contract, she decided to fly back.

[Translation: That’s why I went to Hong Kong, I came back to work, but my body gave up on me.]

Sometime in July, she started getting chills and experiencing fatigue. Fear stopped Mauricio from having a check-up—she felt she would be terminated if she got sick.

[Translation: But because I felt that I might die, because I couldn’t breathe properly, I told my employer.]

On Aug. 5, Mauricio went to get checked at a clinic. The doctor, upon assessment, referred her to the Queen Mary Hospital in Pok Fu Lam, because she could have had coronavirus disease (COVID-19).

After testing, it was found she did not have the virus, but there was water in her lungs. She was then transferred to Grantham Hospital in Aberdeen, which specializes in cardiopulmonary ailments.

Doctors found lumps in her neck and collarbone on Aug. 9, so they conducted a biopsy on the tissues from these lumps. 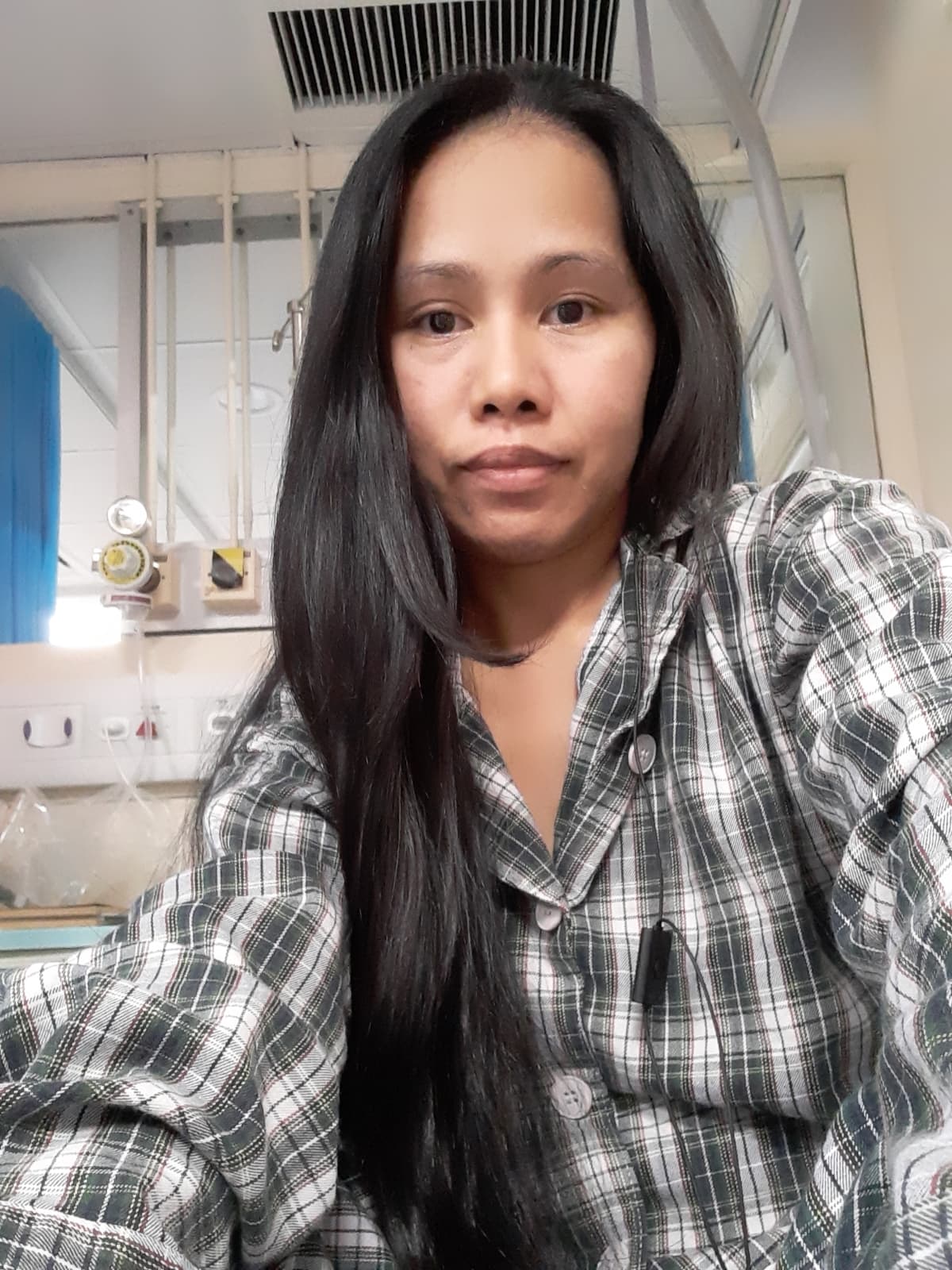 On Aug. 12, Mauricio was diagnosed with cancer. But it was on Sept. 1 that she found out through an oncologist the extent of her illness: it was already at Stage 4.

[Translation: There wasn’t only one type of cancer cell in my body. They told me because they saw circular and triangular cancer cells in my lungs. And it has spread.]

Doctors could not detect the other kind of cancer, so they scheduled Mauricio for a PET scan. The scan set her back HK$8,000, which was raised with the help of Queen Mary Hospital’s medical social worker.

After talking with her employer, she realized her employer wanted to terminate her contract. Mauricio understood as she would be more of a burden to her employer, who was already taking care of her 80-year-old mother.

Mauricio said her employer also told her to focus on making memories with her family instead.

[Translation: Actually I wasn’t able to send money this month because I was not able to work. But they said, “It’s okay, stay strong there.”’]

Mauricio contacted Welfare Officer Virsie Tamayao to seek assistance. Tamayao reportedly told her that a plane ticket can be arranged upon her discharge so she could go back home.

The domestic worker, however, was apprehensive about going home—due to her poor health and her risk of acquiring a COVID-19 infection.

[Translation: My body is weak. And from what I know, COVID-19 is still prevalent in the Philippines, and I don’t want to get infected.]

Mauricio has always sourced her strength from her God. As a devout Born-Again Christian and a member of the Fishers of Men Church in Yau Ma Tei, she believes that what she is going through has a purpose and that her God will help her get through her ordeal.

Those who wish to offer assistance in any form to Maylyn Mauricio may contact her at 5286 4193.