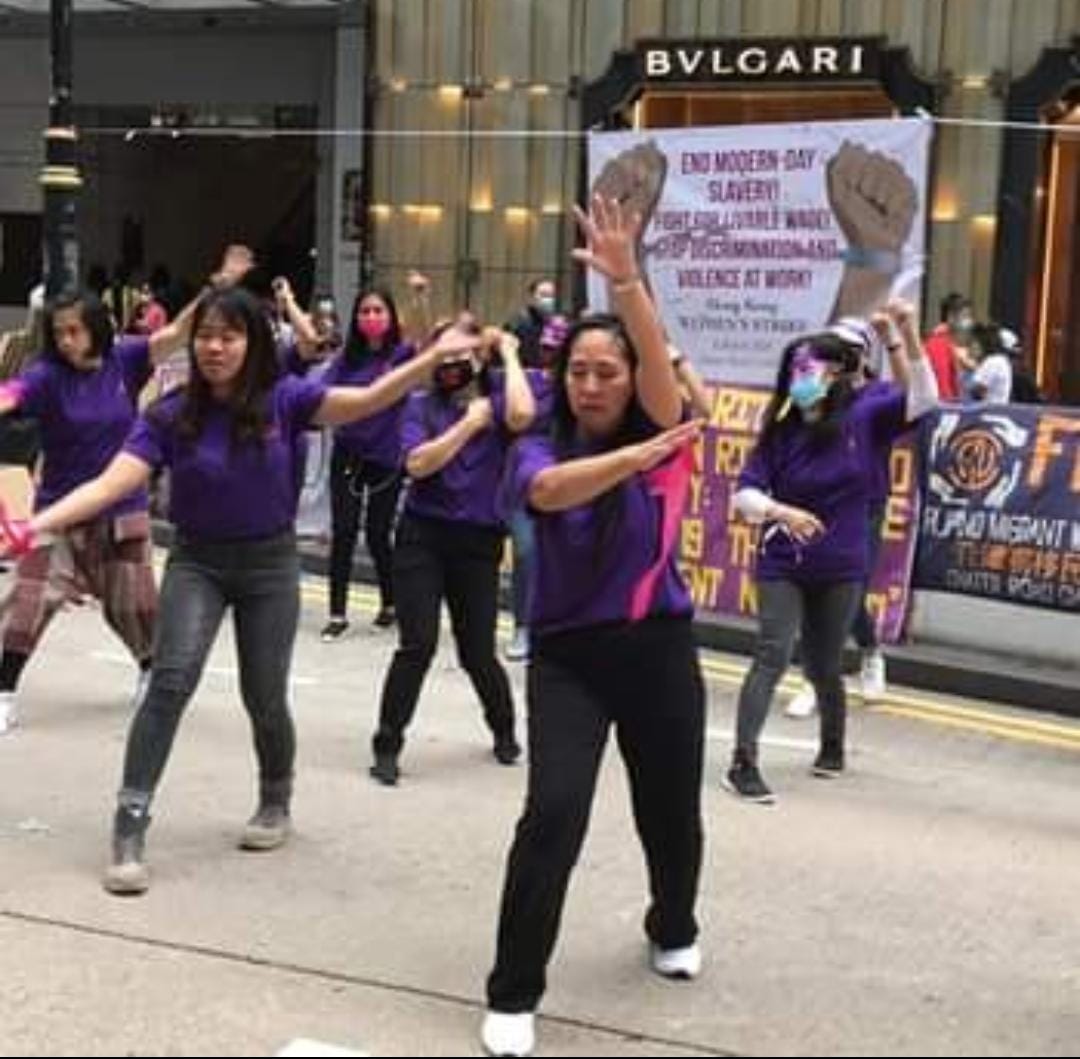 The overseas Filipino workers (OFW)’ groups in Hong Kong has paid tribute to a 52-year-old domestic helper Lilybeth “Beth” Perez-Mulat who just  died of cardiac arrest on December 7, honoring her contributions as an OFW leader fighting for  her  co-workers’ rights and welfare.

Mulat worked as a domestic helper in Hong Kong for almost two decades to support her three daughters.

“She wastes no time. Even at night she teaches cultural dances,” says friend and fellow OFW Annabelle Maregmen of Mulat, fondly recalling her days as an officer of LIKHA, a cultural group of overseas Filipino workers (OFWs) in Hong Kong.

Beth not only shared her knowledge of dancing and other cultural aspects to the OFWs community but “also spent her invaluable time helping her co-OFWs.”

As LIKHA’s welfare officer, Beth usually rescues some workers who have been fired by their employers during the pandemic, and with some other members of their group, she also helped in handing out care packs,” Maregman added.

Dolores Balladares of UNIFIL-Migrante, posted on Facebook, said that with the help of their OFWs’ group, one of Beth’s daughters has arrived in Hong Kong to be with Beth’s last day.

She asked other OFWs to honor Mulat’s contributions as an OFW leader in Hong Kong.

Three OFWs in Hong Kong have passed away in less than two months.