The Hong Kong Government today (January 17) reminded members of the public and the relevant trades to properly handle cannabidiol (CBD) products in their possession before February 1.

The new legislative control of CBD will come into effect on February 1.

A government spokesperson urged members of the public and the relevant trades to dispose of CBD products in their possession as soon as possible before the Lunar New Year.

“It is a tradition that families will clean their home before the Lunar New Year, so it is a good time to throw away any CBD products to avoid violating the new law which will soon take effect after the Lunar New Year holiday,” the spokesperson said.

He also reminded the public not to bring home any CBD products upon returning from their holiday trips.

To facilitate the voluntary disposal of CBD products, disposal boxes have been placed at 10 government premises across the territory for collection of CBD products on or before January 30.

A list of the 10 government premises and their respective opening hours during public holidays had been provided.

As of January 16, around 1600 items containing CBD were collected. 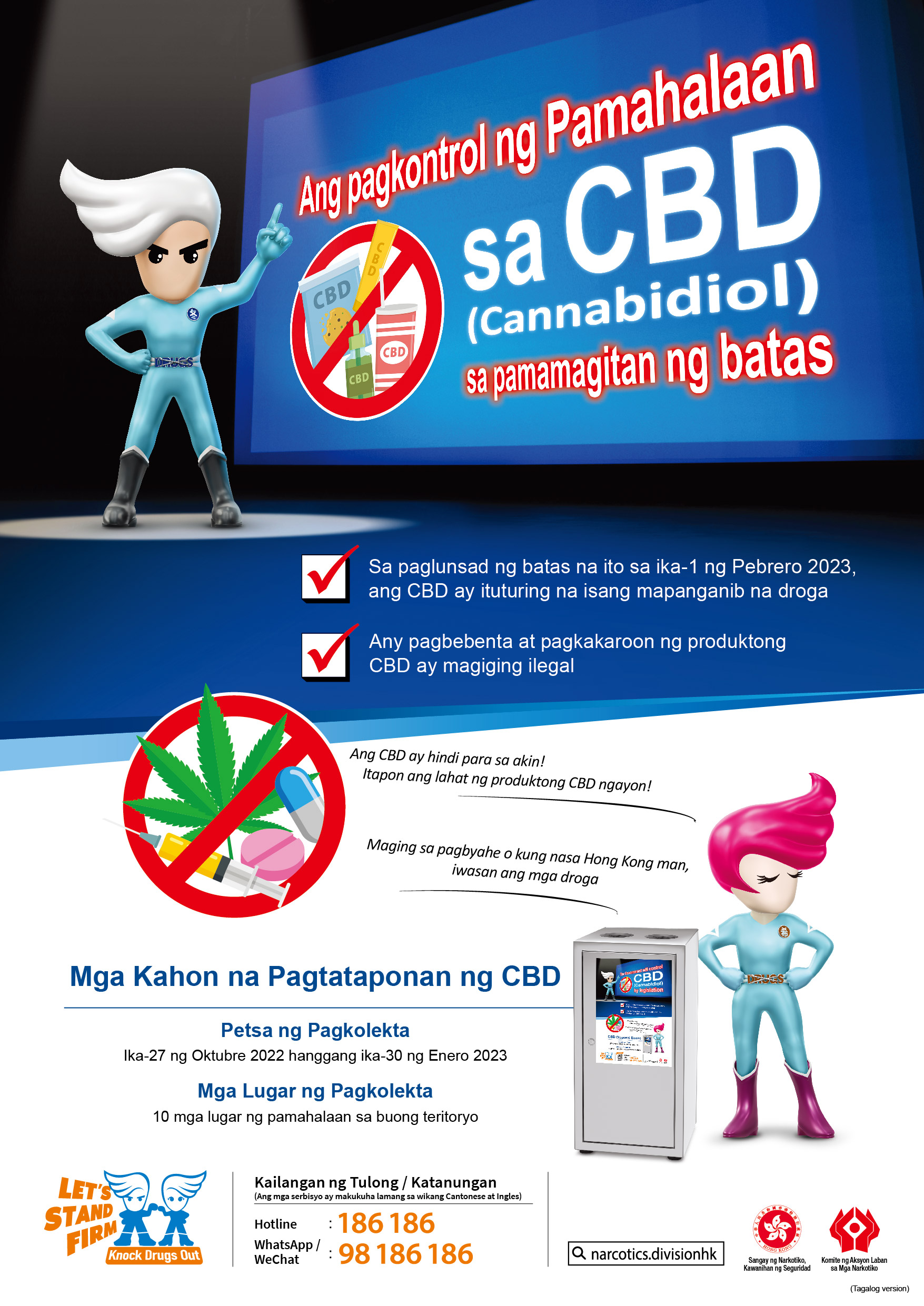 In addition, a hotline has been set up to provide information about disposal arrangements for CBD products during office hours (i.e. from 9am to 5.30pm from Mondays to Fridays, except for Saturdays and public holidays).

More information about the control of CBD is available on the dedicated webpage about CBD (www.nd.gov.hk/cbd), Facebook and Instagram pages of the Narcotics Division of the Security Bureau.

CBD has been added to the First Schedule to the Dangerous Drugs Ordinance (DDO) (Cap. 134), and the substance will be under the same strict control as other dangerous drugs under the DDO starting from February 1.

Upon commencement of the new law, trafficking and illicit manufacturing of CBD are liable to a maximum penalty of life imprisonment and a fine of $5 million.

Likewise, possession and consumption of the substance in contravention of the DDO will be subject to a maximum penalty of seven years’ imprisonment and a fine of $1 million.