FDW who kept HK$4.8M worth of stolen items is on bail

Marina G. Biala, the sister of Carmelita G. Nones, who is now in jail for the crime of the biggest theft by a Filipino domestic worker in Hong Kong, appeared before Judge A. Kwok at District court on Thursday.

Biala pleaded not guilty to the charges against her of handling the items worth HK$4.8 million from her sister’s employer Helen Frances Liang, the wife of former New World Executive Director David Liang.

Based on a court document, after Biala’s sister had been arrested on Sept. 4, 2019, she returned on the following day a bag containing 23 necklaces, 3 bracelets, 11 pairs of earrings and one single earing, one brooch, 11 pendants, 5 rings, 3 watches, 2 bangles, HK$4000 cash, Channel jewelry in the total value of HK$120,000 to her sister’s employer’s house. Her sister stole the items and passed the bag to her containing all the items mentioned to keep. 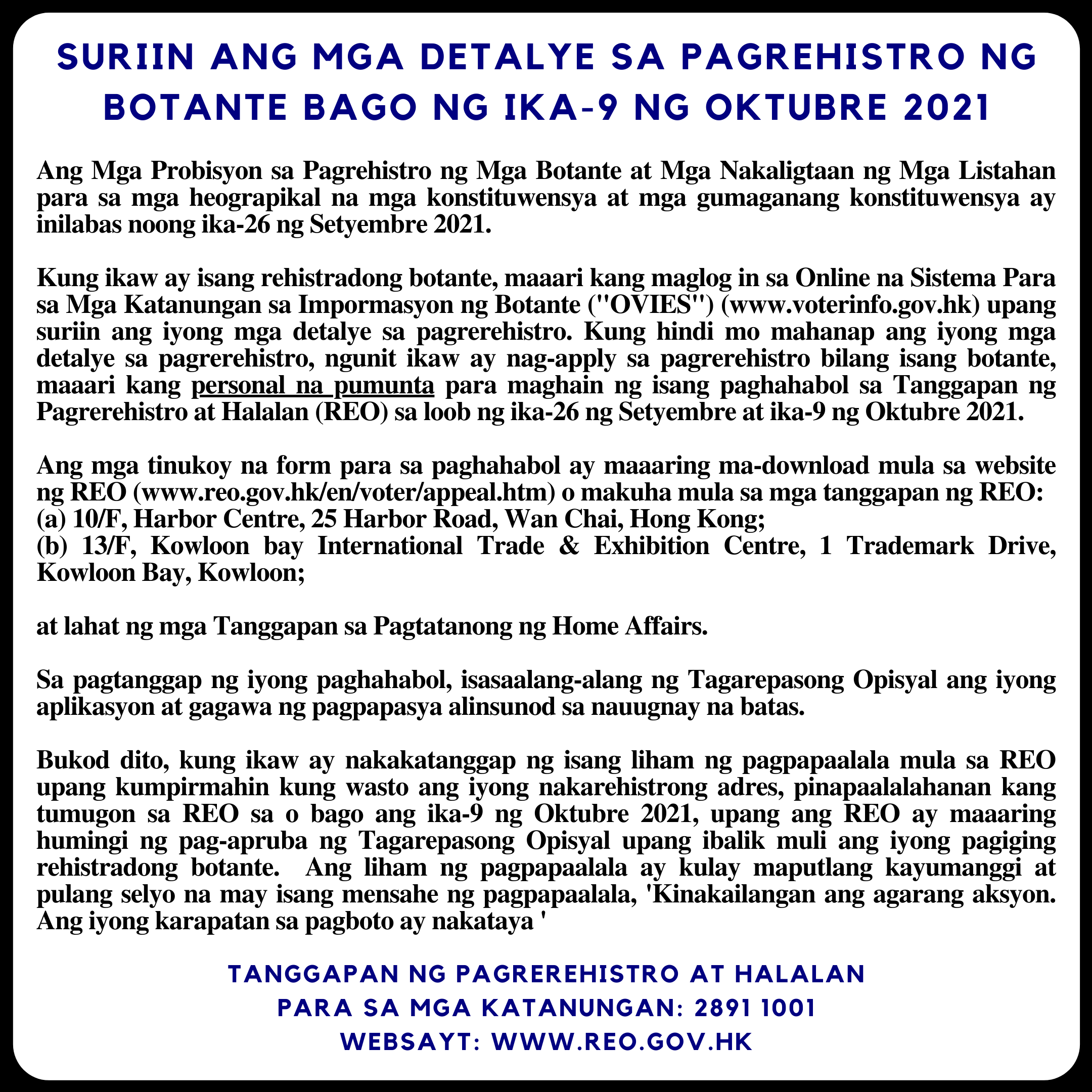 Represented by her lawyer Barrister F. Whitehouse from Legal Aid, the case was adjourned by the court on Jan. 10, 2022, for trial.

Since Biala was on bail, which the court accepted on June 24 hearing, she was seen on the public area quietly sitting on the bench wearing a light pink blouse and jeans before her case was heard. She was on bail for HK$10,000 and a surety of HK$10,000 paid by her employer.

On Sept. 7, Biala’s sister, Carmelita G. Nones, was sentenced to 5-years by Deputy high court Judge Andrew Bruce who called the case a serious case of theft involving breach of trust on the part of Nones. Biala’s niece and cousin, Maricris Nones, and Cristina Alagna both sentenced to one year and four months.

Outside the building of the court, her employer protected her from the media.