HK Gov appeals to FDWs to help fight the virus

The Food and Environmental Hygiene Department conducted joint operations with several government departments over the past two weekends again at popular places in different districts where foreign domestic helpers commonly gather to carry out publicity and educational work, appealing to them to raise awareness of epidemic prevention and comply with the various anti-epidemic regulations and restrictions.

The Hong Kong Government strongly appealed for the nth time, today (January 24), to all sectors including foreign domestic helpers (FDHs) to fight the virus.

The Food and Environmental Hygiene Department (FEHD) in collaborations with the Hong Kong Police Force, the Labor Department, the Immigration Department, and Leisure and Cultural Services Department conducted joint operations for the last two weekends (January 15 and 16; January 22 and 23) at various places where most of the foreign domestic workers gather to take their days off like in Central, Wan Chai, Yau Tsim Mong, Tseung Kwan O, Sha Tin, Tsuen Wan, and Sham Shui Po districts, and other popular places.

Apart from arranging for cleaning contractors to strengthen the street cleaning services at the relevant spots, the FEHD also stepped up patrols to combat unlicensed hawking activities. During the operation, the Hong Kong authority reported that cooking paraphernalia and over 40 kilograms of cooked food were seized. 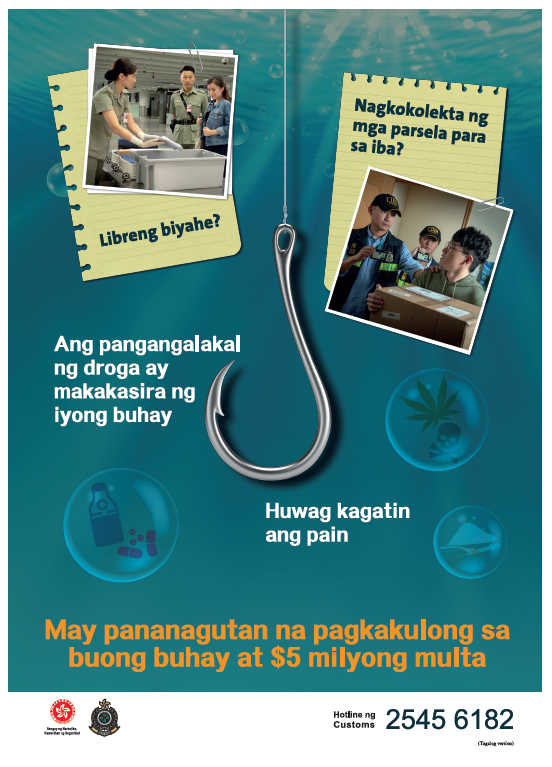 Promotional leaflets in multiple languages were also distributed by the FEHD to appeal to FDWs to maintain environmental hygiene and refrain from conducting unlicensed hawking activities. FDHs were also reminded by other government departments to comply with the regulations on mask-wearing and the prohibition of group gatherings in public places.

To minimize the risk of COVID-19 transmission, the spokesman strongly appealed to all to stay vigilant and comply with the relevant regulations on prevention and control of disease in a concerted and persistent manner around the Lunar New Year and during the long holidays. The FEHD will continue its enforcement actions and publicity efforts.

All sectors including FDHs are reminded to exercise self-discipline and co-operate to fight the virus together with the Government.