Shadow of female prisoner inside a prison cell projected on the ground. Women in captivity concept.

A US State Department report on trafficking in persons put the city on a “Tier 2 Watch List” and accused the Hong Kong Government of not fully meeting the minimum standards for the elimination of human trafficking.

In response, the Hong Kong government issued a statement on July 20 that “objects to the biased and unfair assessment” of the US report.

“Trafficking in Persons (TIP) is never a prevalent problem in Hong Kong and there has never been any sign that Hong Kong is being actively used by syndicates as a destination or transit point for TIP,” said a Hong Kong government spokesperson.

The US government along with various donors and non-governmental organizations (NGOs) analyzed information about trafficking laws, safe migration, child labor, and strategies to fight against trafficking to law enforcement, other government personnel, and the general population.

The report suggested efforts that include increasing screening of the vulnerable populations for trafficking indicators and meeting with civil society organizations to consider recommendations to improve the effectiveness of victim identification procedures. But the US report also said the Government is making ‘significant efforts to remedy the situations.

The Hong Kong government has made proactive efforts in the fight against TIP by injecting an enormous amount of resources to fight TIP. The Government has also enhanced the protection and well-being of foreign domestic helpers (FDHs) in Hong Kong. 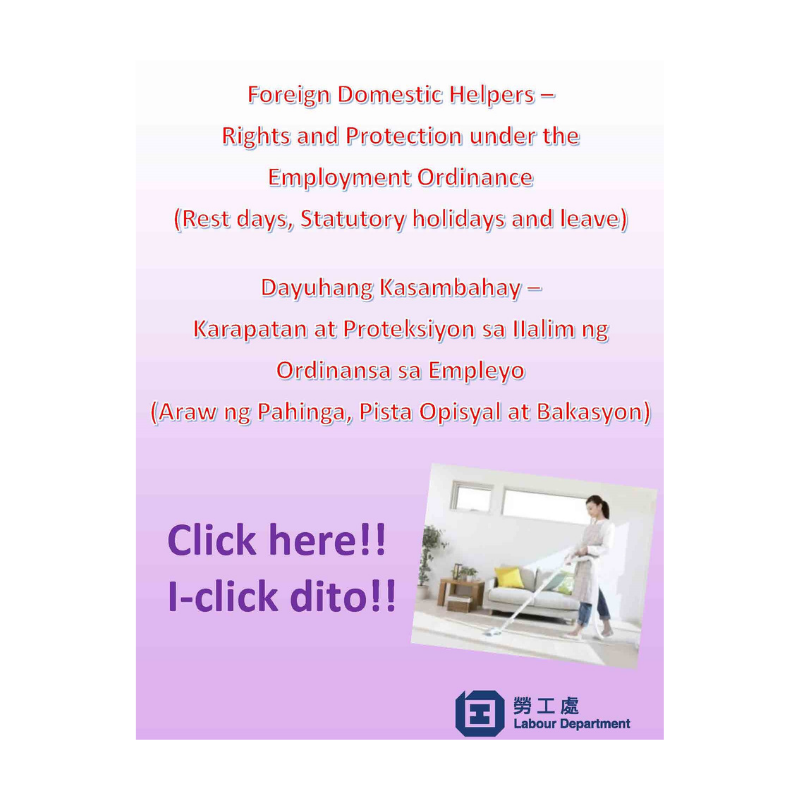 In 2018, a Steering Committee to tackle TIP was established to increase the protection of FDHs. It promoted an “Action Plan” to fight TIP by implementing targeted measures which include covering victim identification, investigation, enforcement, prosecution, victim protection, and support. In 2019, all measures in the Action Plan were firmly in place.

Regarding enforcement efforts, Police conducted 60 anti-vice operations in 2021, a 46% increase when compared with the preceding year. In the same year, 278 people were arrested for the offense of keeping a vice establishment or prostitution-related crimes.

In the statement, it was mentioned that in 2021, 26 FDH employers were prosecuted for aiding and abetting their FDHs in breaching their conditions of stay, and 20 FDH employers were prosecuted for other offenses such as common assault, assault occasioning actual bodily harm, indecent assault, and criminal intimidation. LD also continued to take rigorous enforcement actions against employment agencies (EAs) in breach of the Employment Ordinance (Cap. 57), the Employment Agency Regulations (Cap. 57A), and the Code of Practice for EAs. About 2 000 regular and surprise inspections of EAs were conducted each year to ensure that EAs operate in compliance with the law. In 2021, LD successfully prosecuted five EAs, including one for overcharging job-seekers, two for unlicensed operation, and two for other offenses. In the same year, it revoked or refused to issue the licenses of seven EAs.

The Hong Kong SAR Government emphasized that the Labour Department continues rigorous enforcement actions against employment agencies (EAs) in breach of the law. In 2021, the department successfully prosecuted five EAs and revoked or refused to issue the licenses of seven agencies.

A landmark case on April 22, 2022, where High Court Judge Russel Coleman ruled in favor of Pinay “CB,” who was a victim of human trafficking.

In a statement provided by her lawyers, CB was very “happy” with the ruling.

“I hope the police will be more aware of the everyday exploitation of helpers… in my case, there were too many lapses and they did not see the wider picture.”

This is the second time Hong Kong received its “Tier 2 Watch List” rating. Countries like Indonesia, Kuwait, and South Africa are under this rating.