A health insurance policy that overseas Filipino workers (OFWs) must have while working abroad has been temporarily suspended.

In a statement issued by the Philippine Overseas Employment Administration (POEA) and posted on POLO-HK’s Facebook page, it said the implementation of the expanded compulsory insurance coverage needs to be revisited.

This rule “shall be temporarily suspended pending the consultations and dialogue among the recruitment industry stakeholders, and submission of an offer from the insurance providers, for the improved package of services, beneficial to the needs of the OFWs,” according to POEA.

It also added that the issuance of Department Order (DO) No. 228, Series 2021 was a mandatory policy that migrant workers needed to have, which was to include rehires and direct hires.

Still, the policy was only meant to be implemented during a specific period.

“This interim rule shall be implemented only during the period of the current public health emergency being faced by all countries due to the raging Covid-19 pandemic and the threats of other emerging infectious diseases as well as the period of full completion and implementation of the national government’s vaccination program for all Filipino Citizens.” 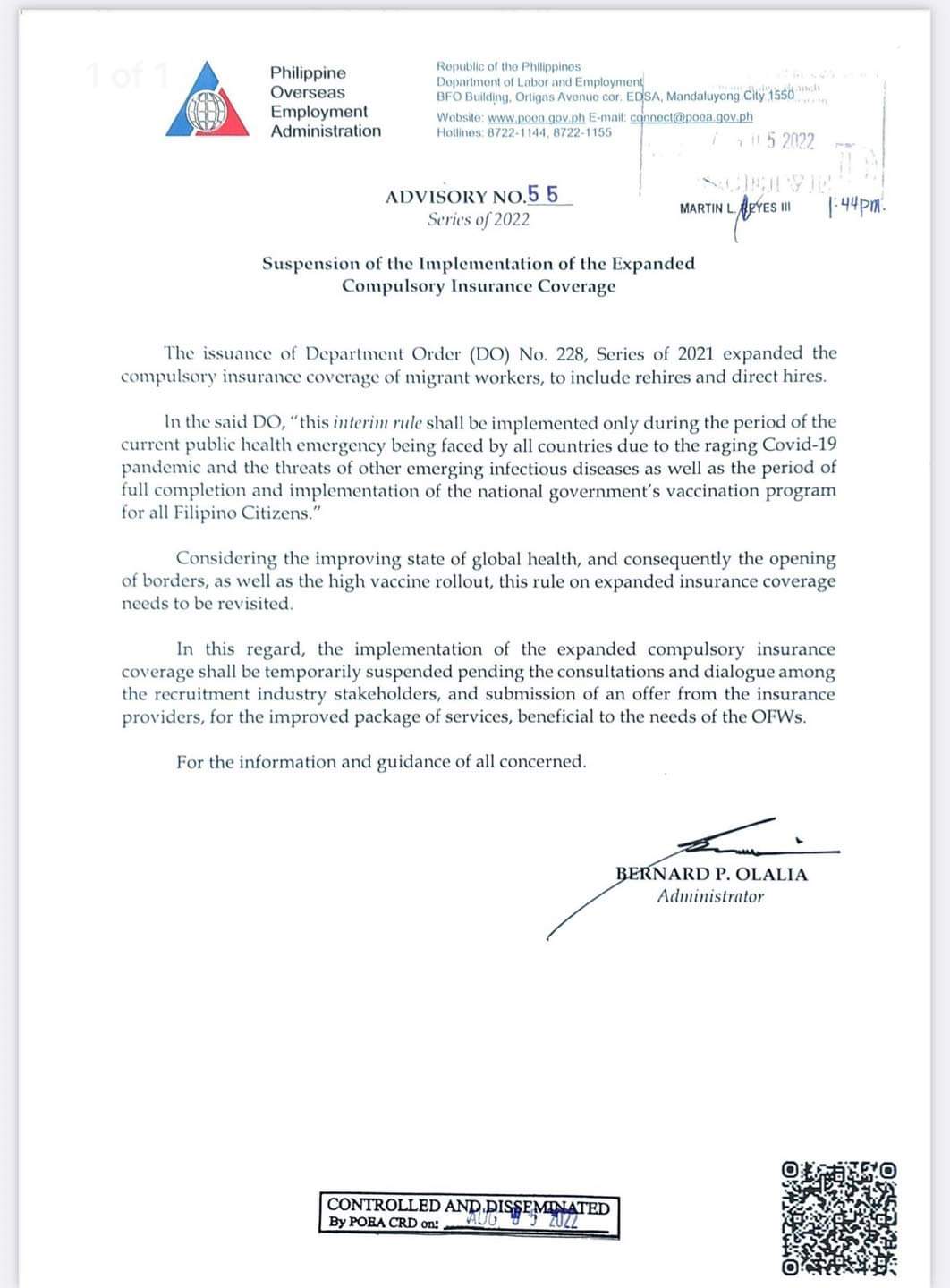 Rise Against Government Exaction (RAGE-HK) welcomes the announcement. But it’s not enough.

“The OFW expanded mandatory insurance should not only be suspended but scrapped, as it is not only unnecessary, it is [an] added burden and also illegal,” said spokespersons of RAGE-HK.

RAGE-HK says it will continue to fight for the rights and welfare of all OFWs and families because they are still being charged of various fees, such as the PhilHealth, SSS, OEC, Pag-IBIG, and other excessive fees.
“RAGE-HK congratulates the migrant organizations and migrant allies who stood united under the heat of the sun to protest the continued collection of a redundant fee. Truly we have shown that due to our collective actions, and various ways of lobbying and protesting (from petition-signing to dialogues, to rallies online and offline), we can enact change”, said Dolores Balladares, spokesperson of RAGE.

RAGE-HK said OFWs are still being charged for various excessive fees like PhilHealth, SSS, OEC, and Pag-IBIG and they will continue to fight for their rights.