Population of Filipino Domestic Workers in HK drops to 197,817

The data on the current population of foreign domestic workers in Hong Kong
from the Immigration Department showed a decreasing number during the pandemic specifically for 2020 and from January to September of 2021.

46% of the drop in the number of foreign domestic workers in Hong Kong comes from the Philippines, 52% comes from Indonesia. 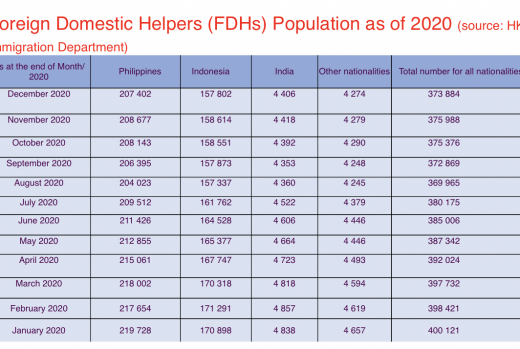 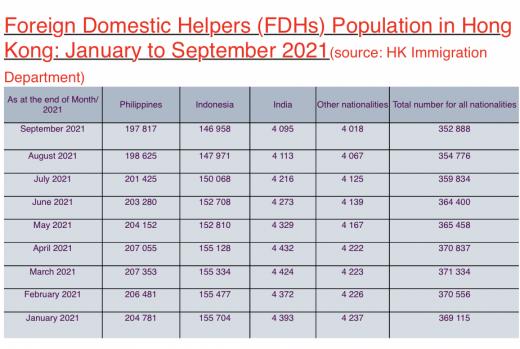 Philippine Labor Attache Melchor Dizon said in an email sent to Hong Kong News that the decrease in the number of Filipino domestic workers compared to FDWs coming from Indonesia has a lesser decline in number g
iven that the FDWs from the Philippines is the largest ethnic minority group in Hong Kong.

Labor Attache Dizon attributed the following reasons in the decreasing number of FDWs from the Philippines:

1. The imposition of flight ban last April. Although the ban was already lifted last August, the return of the OFWs is limited to the fully vaccinated persons only;

2. Travel restrictions/protocols in the Philippines considering that the yellow card can only be secured in BOQ Manila (currently);

4. Despite the flexibility arrangement of the Immigration Department in allowing workers to process their Visas without the need to exit to the Philippines, some applications are still being denied for some reasons like suspected job-hopping;

Labor Attache Dizon further explained that in order to facilitate the return of the OFWs here in Hong Kong, the Philippine Consulate exerted its efforts to coordinate with the Hong Kong government to acknowledge the vaccination records of those who were vaccinated in the Philippines through the “yellow card”. The Consulate is also continuously working with the host country to increase the number of quarantine facilities.

Starting Oct. 25, employers and employment agencies could start booking the added 500 rooms of Rambler Garden Hotel in Tsing Yi which was announced last Saturday (Oct. 23) by the Labour Department of Hong Kong to ease the problem of the availability of the quarantine facilities for FDWs.

Rambler Garden Hotel with a fee of HK$650 per night including three meals would be the third hotel for quarantine facilities for FDWs added to Penny’s Bay and Silka Hotel.

Employment Agencies also called on the government to increase the daily quota of incoming domestic workers to meet the current demand.

A spokesman from the Hong Kong government said that the government understands the FDWs are needed by the local families but because of pandemic, admission of FDWs should be resumed in a gradual and orderly manner. 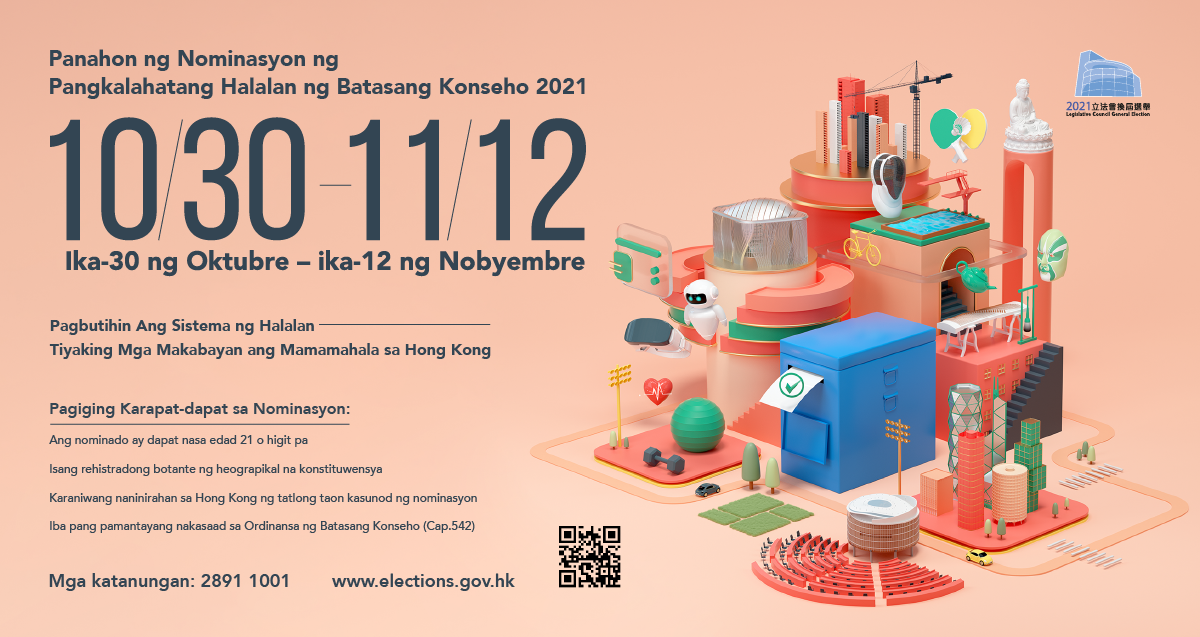